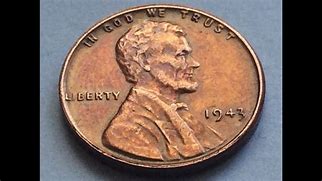 Founding father Benjamin Franklin once said, “A penny saved is a penny earned.” If you were able to save a million pennies, how much money would you have? A million pennies add up to $10,000. It would probably take you years to save that many pennies. While you’re making your saving plan, read on for the fascinating story of America’s one-cent coin.

Why Are They Called ‘Pennies’?

The official name for an American penny is “one-cent piece,” so why do we use the word “penny” to refer to these coins? Pennies have existed for more than 1,000 years in various countries and cultures. The word “penny,” which appears in different forms in other languages, originally referred to a coin that had a small value.

Even though our pennies are officially one-cent pieces, the nickname “penny” is what stuck, and you’ll hear people all across the United States use that word for that coin today.

The History of the Penny

The penny was the first coin authorized by the U.S.’s first president, George Washington. The original penny had a design by Benjamin Franklin that had a sundial with the Latin word “Fugio,” which means, “I fly,” and the phrase “Mind Your Business” on the obverse, or front side, and a 13-link chain representing the original U.S. and the motto “We Are One” on the reverse or back side.

Later designs involved various versions of a female figure representing Liberty on the obverse with various designs on the reverse. The penny also changed sizes through the years before the “Flying Eagle” design in the mid-1850s gave the penny a major redesign and shrunk it to something close to its current size.

In 1909, U.S. President Theodore Roosevelt proposed honoring Abraham Lincoln on the penny with a new design that commemorated Lincoln’s 100th birthday. Lincoln was the first president that the U.S. commemorated on a coin, and other coins followed suit in later years.

From 1959 to 2008, both sides of the penny honored Abraham Lincoln, with a profile of his image on the front face, and the Lincoln Memorial in Washington, D.C., featured on the reverse side. In 2009, the reverse side changed again to feature a shield on a new design.

For most of its history, the penny has looked much different from the rest of American coins. The U.S. Mint began making the first pennies from pure copper, so they had a distinctive reddish copper look. As the value of copper has changed, the Mint made pennies out of other materials, but it kept the unique look.

For one year in 1943, the U.S. made pennies from steel because the country needed copper for weapons in World War II. The steel pennies looked like other coins, and many people mistook them for dimes, so America went back to coppery-looking pennies the next year.

These days, copper is much more expensive than it used to be, so the U.S. doesn’t use much copper to make pennies. In fact, only 2.5% of a penny is copper. However, using even that much copper in a penny makes it more costly than it’s worth to make them. It takes 1.8 cents to make a one-cent coin, so the penny is an expensive coin to manufacture.

Should the Penny Be Discontinued?

The expense of making pennies has led to a movement to get rid of the coin. People who argue for getting rid of pennies say that the expense of making them combined with the environmental impact of zinc and copper mining makes it worth doing away with them. People lose or throw away pennies more than other coins as well.

American military bases have done away with pennies since 2008, and they round prices up or down to the nearest nickel. People who advocate for getting rid of pennies say that all Americans could do the same thing.

Can you cash out on robinhood

What does it mean when a private company goes public