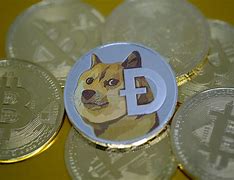 Last year, supporters of Dogecoin tried to push the token’s price up to $1 on April 20, even though it was only trading at nine cents a week before

Dogecoin’s performance was somewhat sluggish on Wednesday, April 20, a day that the meme token’s supporters deemed as “Dogeday.”

The token was trading at around $0.14, down 1.4% over the past 24 hours, according to CoinDesk data. The crypto has logged a 16% loss since the start of this year.

Last year, supporters of the Shiba Inu-themed token tried to push the token’s price up to $1 on April 20, a date that is also associated with smoking marijuana, even though Dogecoin was only trading at nine cents a week before.

Though the token’s value has never yet surpassed $1, some supporters got a payoffs when Dogecoin surged to an all-time high of $0.74 in May from about one cent at the beginning of 2021.

Read:What is ‘Doge Day’? A push to drive dogecoin to the moon

The rise could also be partly attributed to the backing of Elon Musk, chief executive at Tesla (TSLA), who tweeted about the token several times and pushed the electric car maker to accept Dogecoin as payment for some merchandise since January.

In fact, both Dogecoin and Shiba Inu tumbled along with broader risk-on assets such as stocks, as the Federal Reserve began to tighten its monetary policy by raising interest rates and reducing its balance sheet.

Bitcoin has lost 11.4% since the start of this year, while ether traded 16% lower year-to-date, according to CoinDesk data.

Why is bakkt going down

Where can i buy sandbox

How to create a white paper