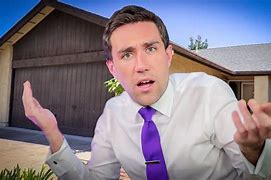 WASHINGTON (AP) — The CEO of Robinhood defended the trading platform to Congress Thursday for its actions during the GameStop trading saga, while apologizing to customers for restricting their ability to trade at the height of the frenzy.

Watch in the player above.

Members of the House Financial Services Committee questioned a panel of six witnesses appearing remotely. They asked about whether the extreme volatility in the shares of the struggling video-game retailer exposed conflicts in the market’s structure that can hurt unsophisticated investors.

The episode last month, which saw GameStop shares soar 1,600% at one point, has been portrayed as a victory for the small investor — and a number of committee members echoed that theme while warning against any measure that might deter investors from participating in the market.

But skeptical lawmakers, especially Democrats, turned the heat on witnesses Vlad Tenev, the entrepreneur CEO of Robinhood, and Ken Griffin, the CEO of Citadel Securities, a Wall Street giant that handles an estimated 25% of all U.S. stock trading. Citadel is Robinhood’s largest trading partner.

The GameStop drama “has put a maximum spotlight on institutional practices by Wall Street firms” and potential conflicts of interest, Rep. Maxine Waters, D-Calif., the head of the Financial Services Committee, said at the start of the hearing. “Many Americans feel that the system is stacked against them and no matter what, Wall Street always wins.”

Waters brusquely grilled Tenev on Robinhood’s actions on Jan. 28 when it blocked customers from buying shares of GameStop and a dozen other companies. The restrictions lasted in some form for days, and the incident fueled accusations that Robinhood changed its trading rules to favor its big Wall Street clients that stood to lose money if GameStop shares kept rising.

Waters also wanted to know if Robinhood’s close relationship with Citadel played any part in the decision to limit trading. Both Tenev and Griffin denied that Citadel had any role in the decision.

Tenev said Robinhood imposed the trading restrictions because regulators had increased capital requirements tenfold due to the spike in trading volume.

Still, aware of the investor outrage that still lingers, he apologized to Robinhood customers.

“Despite the unprecedented market conditions in January, at the end of the day, what happened is unacceptable to us,” Tenev said. To our customers, I apologize, and please know we are doing everything we can to make sure this can’t happen again.”

READ MORE: The ‘GameStop effect’ on Wall Street isn’t over

Lawmakers also cited the common practice in the securities markets of payment for order flow, in which Wall Street trading firms such as Citadel pay companies like Robinhood to send them their customers’ orders for execution.

Not allowing Tenev to dominate the full spotlight, Keith Gill, the colorful YouTube personality and GameStop booster who goes by Roaring Kitty, also testified. Gill earned a handsome profit and a legion of online followers for making the case for GameStop shares on Reddit and YouTube long before the big price surge in January. Gill is known for his cat-themed T-shirts and a bright red runner’s headband in widely followed videos.

He wore a jacket and tie for his appearance via video for the hearing — although the headband could be seen hanging on poster of a kitten with the words “Hang in There.”

Gill told the lawmakers he reaped a profit on his investment because he did his homework, and not because he touted the stock to “unwitting investors.”

“I did not solicit anyone to buy or sell the stock for my own profit,” Gill said. “I had no information about GameStop except what was public.”

Whether the new scrutiny from Washington results in tighter regulation of the securities markets is unclear, though there appears to be political momentum in that direction.

The Securities and Exchange Commission, with a new chair appointed by President Joe Biden, is likely to take up the issues with an eye to crafting new rules.

Republican lawmakers generally will oppose new regulation, as some voiced at the hearing.

Possible avenues for new rules that were raised include requiring market players to disclose short-selling positions and restricting arrangements of payment for order flow.

Steve Huffman, the CEO and co-founder of Reddit, testified that its WallStreetBets forum at the heart of the GameStop drama “is first and foremost a real community.”

Rep. Josh Gottheimer, R-N.J., asked Huffman whether Reddit has a way to verify whether its users are real people.

Huffman said the platform allows users to remain anonymous. “This allows Reddit to work,” he said. “Something like WallStreetBets would not exist if users had to reveal their full identity, because on WallStreetBets people are revealing gains and losses, they’re effectively revealing their financial position in life.”

Beyond Robinhood’s actions during the GameStop frenzy, lawmakers raised concern about its business model generally and possible downsides of its “democratization” of stock trading. The company offers commission-free trading, but critics say customers pay another, hidden price because Robinhood provides their data on buying and selling to Wall Street firms.

Robinhood has been accused of trying to lure young people with little or no experience trading stocks by including features on its trading platform that resemble gaming apps — like showering a user’s screen with virtual confetti when they make a trade.

Rep. Nydia Velazquez, D-N.Y., asked Tenev whether Robinhood was doing enough to communicate the risks to its users, given that it “seems to have perfected the gamification of trading.”

Tenev said the company merely gives people what they want in a responsible way, and that it offers educational tools for its users to learn about investing. “We don’t consider that gamification,” he said. “We know that investing is serious.”

Can you short in robinhood

Why is chainlink down

What is behance adobe

How do launchpads work