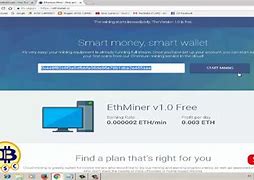 (Reuters) – A Reddit user claiming to be a Tesla (NASDAQ:TSLA) insider appeared to announce the carmaker’s purchase of bitcoin a month ago, according to a January post on the platform that said the electric carmaker had bought $800 million worth of Bitcoin.

The post https://www.reddit.com/r/Bitcoin/comments/kpc8gw/you_heard_it_here_first_our_company_just_bought received little attention when it appeared, with the date on it reading Jan. 2, but it is getting a second look now, a day after the electric carmaker, led by Elon Musk, disclosed a $1.5-billion investment in the cryptocurrency, sending Bitcoin to fresh highs.

“I am a software dev working at R&D at Tesla in California, over the past 72 hours our company bought 24701 BTC at an average price of 33142$,” a user with the handle TSLAinsider posted in the bitcoin subreddit.

“I have no idea what will happen once this reaches the newspapers but I think the price will explode even more,” the user wrote.

Moderators in r/Tesla, a subreddit dedicated to posts on the electric carmaker, appeared to remove the post https://www.reddit.com/r/TSLA/comments/kpcjrh/you_heard_it_here_first_our_company_just_bought. It was left up in r/bitcoin, where the cryptocurrency is discussed.

Reddit posters were revisiting the post on Tuesday in the light of Tesla’s disclosure. “Thanks for the heads up Elon,” noted one poster, Valoured, on Tuesday. “Send me a PM before you make your next move please.”

Reuters could not verify the user’s identity, whether the user is a Tesla employee or whether the post was modified from the original. Tesla did not immediately respond to an email to its press office.

The power of social media users on forums such as Reddit’s WallStreetBets to band together and move prices has come into focus in recent weeks, after a surge of retail buying helped fuel wild rides in shares of GameStop and other so-called meme stocks. U.S. Treasury Secretary Janet Yellen last week vowed to protect investors, but said financial market regulators needed to fully understand the recent trading frenzy involving GameStop Corp (NYSE:GME) and other retail stocks before taking any action.

As the post was focused on bitcoin, the tipper may benefit from a gray area in oversight and enforcement, as the U.S. Securities and Exchange Commission (SEC) does not treat the cryptocurrency as a security, one expert said.

“At the end of the day, the SEC probably can’t do anything because we’re not talking about a security. The Commodity Futures Trading Commission will undoubtedly be interested in this, but I don’t know they can satisfy the personal benefit test,” said Kurt Wolfe, an associate at Troutman Pepper.

Civil insider trading cases typically hold tippers to a standard of benefiting from the sharing of information. That may put the Reddit users in a rare and relatively untested legal area of criminal but not civil liability, Wolfe said.

Tesla said in its annual report published Monday that the decision to move nearly 8% of its reserves into bitcoin was part of its broad investment policy as a company aimed at diversifying and maximizing its returns on cash, including holding gold.

“I told you so,” TSLAinsider wrote on Monday. “I got laughed at and downvoted.”

What is a venture round

What is support and resistance in stocks