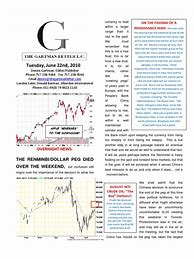 While it is conventional wisdom that arguably the most legendary market contraindicator of them all, The Gartman Letter, shuttered on Dec 31, 2019 (perhaps sick and tired of the abuse it had accrued over the years for its chronically wrong predictions and calls), a little known secret is that the Gartman letter continued to be circulated among a small circle of friends and family.

And it is in the latest turn of this very “limited edition” that we learn what may be the best news for all the long-suffering market bears out there who are still alive: with the S&P hitting its highest level in history, Gartman has turned bullish:

“Finally as for equities, the good times continue to roll on and fighting an expansionary Fed is a mug’s game of detrimental consequences. Every time I err bearishly, I err; every time I err bullishly, I benefit. This is all late stage madness but the trend is up and there is nothing other to do but to remember that the stock markets in Zimbabwe and Venezuela soared as the monetary authorities there were even more expansionary than the Fed. It’s come to this…”

And also some good news for crypto bulls who have seen some pain in recent weeks:

As for Bitcoin et al, I very clearly have missed one of the great bull markets of in history; but as I have said, had I been around at the time I would have missed the Tulip Bulb Mania in Holland, the South Sea Affair and other such “Bubbles.” However, I would have also missed the crashes that followed each as night follows day and as bear markets follow bulls. I wish those who’ve speculated in cryptos nothing but continued fair winds and sunny investment skies; however, ill winds, hail and blinding rain are inevitable. It is but a matter of time.

Needless to say, there is no better news for an asset class than Gartman guaranteeing its imminent demis.

Keep on rising to the top

Nfl players of the year